This book will definitely provoke some heated discussions. Often times I caught myself wanting to hurl the book against the wall, but I remembered I it was a ebook and my phone would’ve gotten destroyed. But, seriously this book is a well researched and analyzed work on poverty. And the question is how can you put something down you’ve never experienced?

Often times Insee a lot of people putting down others who are going through poverty. They quickly presume that they’re lazy, unmotivated, on drugs, or are on Government assistance. This books touches on all the emotions linked to it and approaches the problems from different perspectives. But beware! You’ll need an open mind and lots of patience while reading this book. Thanks to NetGalley and Canyon House for a copy of this book in exchange for an honest review.

Title: The Darkness We Hide

Even though I didn’t read the first two books in “The Undertaker’s Daughter” series, the author gave good enough information to help you get caught up with what’s going on.

Rowan Dupont knows a thing or two about death. She’s been surrounded by it all her life. Her father was The Undertaker for their family’s mortuary business. So being around dead bodies doesn’t faze her. While she was a Police Officer, her father got killed by a former associate of her mother’s named Julian Addington. She took over her father and became the town’s Undertaker now so she’s on a mission to find her father’s killer and bring him to justice once and for all in the third and what I assume is the final of this trilogy. What’s even more unsettling about all this is that this isn’t Julian’s first murder either.
When people close to Rowan start dropping like flies she knows that Julian is near again, and he will strike again not stopping until he gets to finally reveal a deep dark secret to Rowan. One that will change the course of things.

I really enjoyed this book considering that I didn’t read the first two installments in the series. However, after reading this one I’m absolutely hooked, especially because it’s a serial killer novel; I’m obsessed with serial killers (not in a bad way:0). The book kept me on the edge of my seat and I enjoyed the author’s writing. Let’s see if we can get that serial killer bookclub huh? Huge thanks to NetGalley and Mira books for a copy of this book in a exchange for an honest review.

After reading Part of Your World, I knew i had to continue reading this book series. Even though they’re written by different authors, they all seem to pull me into these books. We all know what happened in the original Snow White story and how it ended right? Well, this book has a twist.

We meet Ingrid, who in this story is Snow’s aunt. You see Ingrid had a sister named Katherine who was the original Queen. But because of Ingrid’s jealousy and cruelty tragedy hits and both the seat for King and Queen were opened. Because of this event Ingrid takes place on the throne. She now has the responsibility of her niece Snow and of everyone in town and in the castle. As Snow grows older, Ingrid’s hatred, jealousy, and possessiveness grow more by the day and Snow is forced to be alone…isolated from everything and everyone. Because of Ingrid’s lies and deceit, Snow White is obvilvious to the chaos surrounding her beloved castle. She also has no idea that the Queen wants something else…something wicked…something horrifying.
As the story progresses you come into the seven dwarfs from the original story with a little more in-depth look into their life and how the reign of terror of the queen has affected them. Oh and of course you can’t forget the prince 😮 This book was a real easy and fast read but, it was enjoyable to me. Calonita takes you on an adventure with Snow White and the seven dwarfs to claim back her throne and give the people the life they deserve. 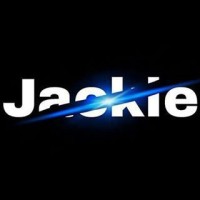 Find me deep within the pages

Stuck In The Book

A blog about all things books...

A Kernel of Nonsense

the blurred line between reality and make-believe

Traveling through books one page at a time.

an adventurous introvert with a penchant for the strange and whimsical

Talking To My Shelf

Ramblings of a bookseller and music enthusiast

The Art of Blogging

Experiencing life one page at a time...

A blog about books, penguins, and all things Divergent.

My journey as a dog mom and book worm...