Anaya Goode and her family suffer a great tragedy in their family; everyone grieving in their own way. Anaya’s brother Andrew is killed at a party one night and a year later, there’s still no leads. Anaya returns from college to help her family out. When she comes home she’s bombarded with all of her family’s problems and drama. Let me tell you, those people were a handful! I honestly don’t blame Anaya for always feeling stressed, overwhelmed, and depressed. She was always put in the middle of everyone’s issues.
Not only does Anaya have to deal with family issues but she also has to worry about her friends and their issues. Especially when it comes to her fired Sophie. Sophie is also doing cocaine. Sophie’s continual flaky behavior has made Anaya say enough and do her own form of intervention with Sophie. Then comes Anaya’s own personal and love life. Anaya starts working at a law firm after one of the professor’s from her previous job at her college recommended her. As time passes both of them start to fall for each other, sometimes Jeff showing more interest than Anaya. Why? Anaya also has to worry about Carl. A young man that worked with her at her previous job as well. So much drama .What I find a little disturbing about Jeff and Carl is their obsessive behavior towards Anaya. To me they didn’t even know a lot about her that much to spring the “L” word on her. Even Jeff has his little demons and secrets. After a year of up’s and down’s another tragedy hits the family and Anaya is forced to make decisions that will alter her life and everyone else’s around her. For this being the author’s first book it was an excellent story. There’s instances I wish there was more background on certain characters to see how they ended up in their situations. I overall enjoyed the story. I’m looking forward to reading part 2 of the Anaya Series. 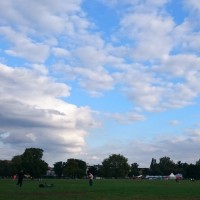 a writer's blog.
Your Bookish Friend
Just One More Chapter

The year of the returning thirst

lost in the pages of books

when the posts are falling down

Making my way through crime fiction, one book at a time

On The Shelf Books

A bookblog for readers

just an author doting on everyone else's writing

Saving the world... One book at a time